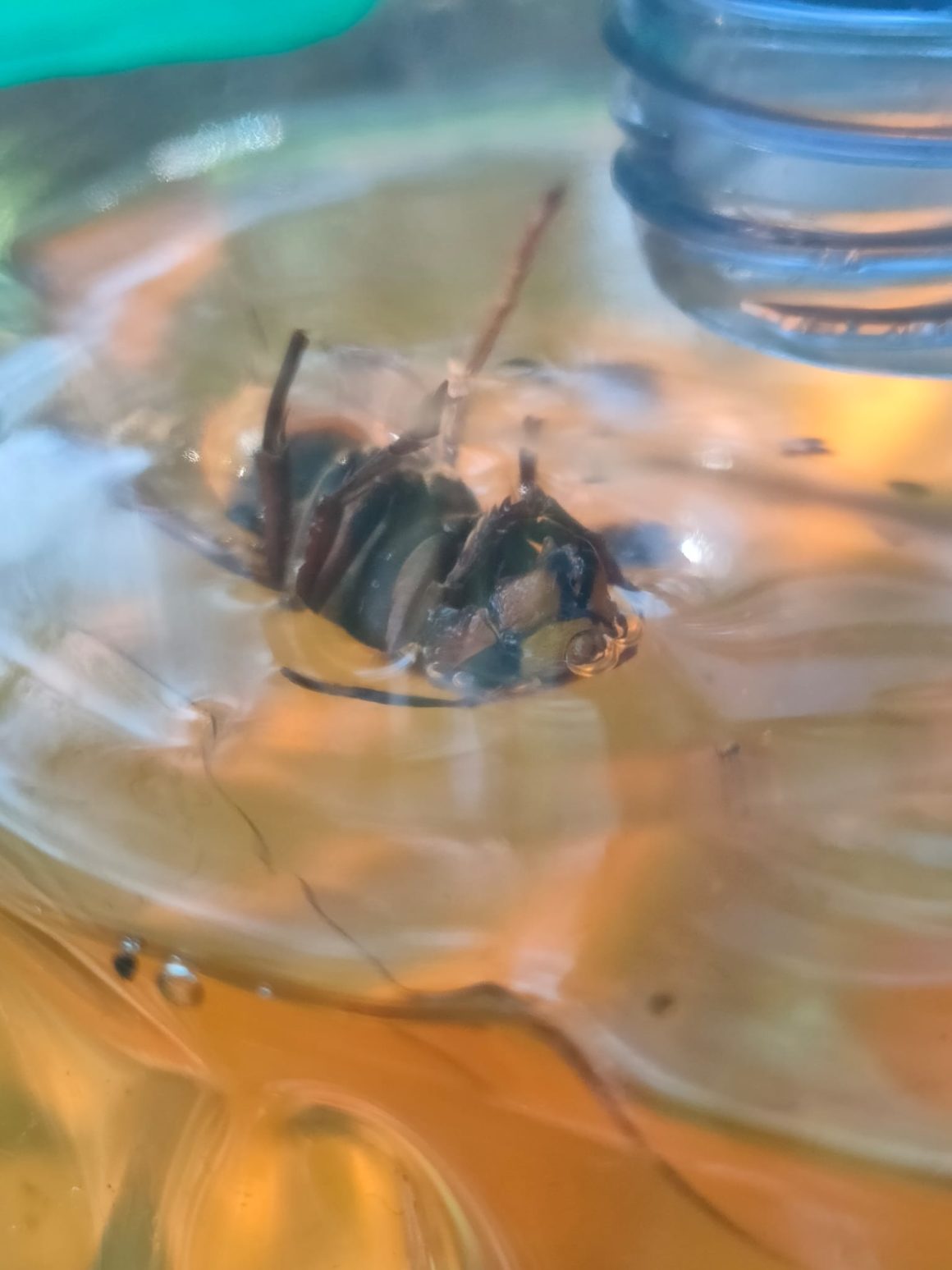 “Velutina” wasp commonly known as Asiatic Yellow-legged Hornet is one of the alien species (introduced by humans from another ecosystem) more aggressive and dangerous for humans and other species of insects. They damage horticultural crops like grapes and stone fruits, and predate on bees in managed apiaries – impacting industry and home gardeners. Spread in Europe from France, it then reached Spain, Portugal, Belgium and also Italy.

In this activity we learned firstly about the invasive species and how they can harm our environment and ecosystem . Following the advices from the website https://www.stopvelutina.it/ we learned how to build a 100% working trap to catch them using just a plastic bottle and light beer as a sugar bait. After some days we checked it, and it worked because we caught one specimen. Now … it’s time to study it on the microscope!